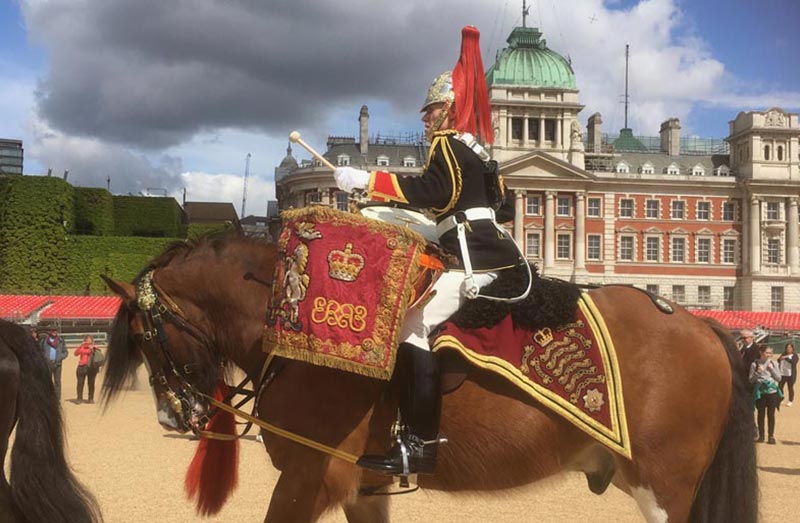 Royalty has left its mark and influence on London in a big way and not just by the obvious landmarks and events.

Average first-time visitors to the capital make a beeline for the Changing of the Guard at Buckingham Palace, London home of the Queen and the late Duke of Edinburgh. The ceremony dates back to Queen Victoria, the first monarch to live in the Palace after succeeding to the throne in 1837.

It begins at St James’s Palace a quarter of a mile away, because this is London’s oldest surviving royal residence. Therefore it is traditional that the Old Guard – representatives of the regiment going off duty – start the ceremony there by trooping the Queen’s colours up the Mall to Buckingham Palace.

There they join the others of their regiment on the Palace forecourt before the New Guard – members of the regiment replacing them – march out from Wellington Barracks across the way. While the bands play, the officers of both regiments advance and touch hands, to symbolise the keys – actually non-existent – and therefore the safekeeping of the Palace passing from one regiment to another. The Old Guard finally marches behind the band back to Wellington Barracks – and probably a well-earned cuppa, if not something stronger.

But royal connections go deeper than that. Hyde Park, famous for its summer concert and the Serpentine, originally belonged to the monks of Westminster Abbey. In the 1530s, Henry Vlll, angry at the Pope’s refusal to grant him a divorce from his first wife, Katharine of Aragon, grabbed it for himself and used it as a hunting ground.

Kensington Gardens were once the grounds to Nottingham House, which eventually became Kensington Palace, home first to William lll and Mary in the 1700s and now the London residence of Prince and Princess Michael of Kent, the Duke and Duchess of Cambridge and the late Diana, Princess of Wales, who would have been the Cambridge’s children’s doting, fun grannie!

Her statue in the Sunken Garden, unveiled by her sons, Prince William and Prince Harry, is a permanent reminder of what we all lost.

St James’s Park began life as the grounds to a lepers’ hospital which itself was the site of present-day St James’s Palace. The burial ground for those who died was in Green Park and is thought to be the reason why there are no organised flower displays here.

However, there’s a much more entertaining though unproven theory doing the rounds. It is said that the real reason dates back to the mid-1600s and Charles ll – our so-called Merry Monarch – who had countless bastard children by numerous mistresses. The story goes that the royal rascal was fond of picking flowers for his lovers in Green Park, and that his jealous wife, Catherine of Braganza, got her own back by ordering that there should be no flowers.

It raises a laugh just as the story of his father’s last day on earth leaves visitors with a sombre feeling. Charles l, a sensitive man who was a great patron of the arts, was nevertheless a vain one who believed, stupidly, in his divine right to rule without recourse to his people if he chose not to.

It led to a bitter civil war between his followers, the Royalists, and Parliamentarians led by Oliver Cromwell who believed that Charles’s duty was to rule through those elected to represent the people.

In January, 1649, it cost the King his life after he lost the war and was found guilty of treason. Cromwell signed his death warrant and he was executed on a scaffold outside the building which is now Banqueting House and which once formed part of the old Whitehall Palace.

He spent his last night at St James’s Palace, and walked to his death across St James’s Park wearing two shirts lest his subjects mistook his shivering with cold for trembling with fright.

The old Whitehall Palace where he died once stretched across present-day Whitehall and down to the river. The grounds incorporated a Tudor jousting yard, cockfighting and bear baiting pit – fitting sports for a place now associated with a different kind of conflict. 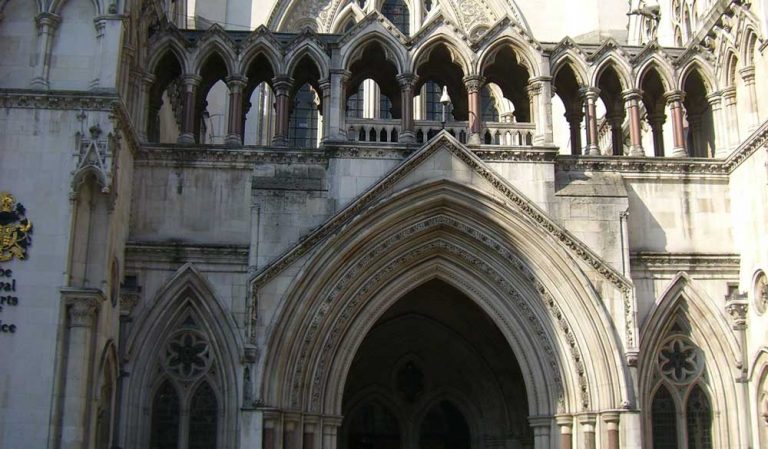 And now for some interesting snippets about London’s Royal Courts of Justice. So let me tell you about Room 666, which so spooked building managers that they ordered professional cleaners to scrub the number off the stonework – to no avail. 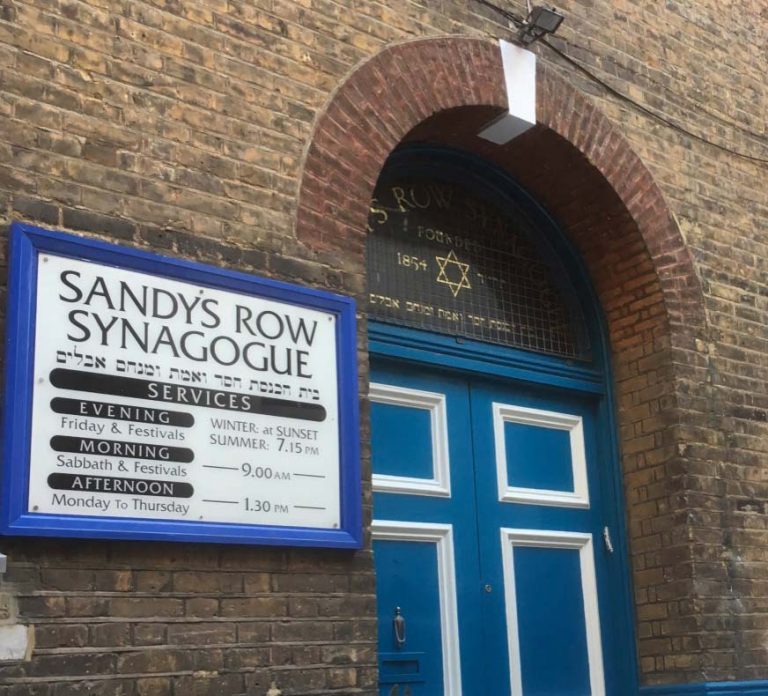 A truly moving experience for British TV viewers came a few years back when astonished world-famous philanthropist Sir Nicholas Winterton suddenly realised he was sitting in a studio full of people whose lives he had saved decades before. Back then they were very young Jewish children for whom, at great personal risk, he had organised trans-European trains that plucked them out of the clutches of the Nazis.