Well-known places all over London served as backdrops for the Harry Potter saga. On this tour, you get to see some of them and hear the stories behind them. But Oxford University also figures, and luckily it’s near enough for us to make a day of it. The choice is yours!

Book this or another Tour

So whichever you choose, get on your broomsticks and whoosh away with me to follow in the trail of the Boy Wizard and understand why we’re all just wild about Harry!

Ever since he and his Hogwarts School of Wizarding & Witchcraft chums leapt off the pages of JK Rowling’s novels and onto the big screen, “Potter Pootling” has been a fun way to see the city and places beyond!

So let’s imagine we’re in the London of Harry Potter and the Half-Blood Prince. Steel yourselves for the furious flying attack by the vengeful Death Eaters! Trafalgar Square, St Paul’s Cathedral, the Tate Modern and the Millennium Bridge all feature.

The bridge came tumbling down in the film, sending scores of terrified Muggles to their deaths. Hear why what happened on screen had scary links to what happened in real life!

Walk with me, if you dare, on to that bridge for spectacular views downriver to Tower Bridge, which also featured in this film, along with the Tate Modern to the south and St Paul’s Cathedral to the north.

Find out why a visit inside this beautiful church will reveal a fantastic staircase that featured in several films and one video game! Learn who the real-life architect was and if you’ve got time, take a tour with me round the church to find out more about its history, the people associated with it and him. 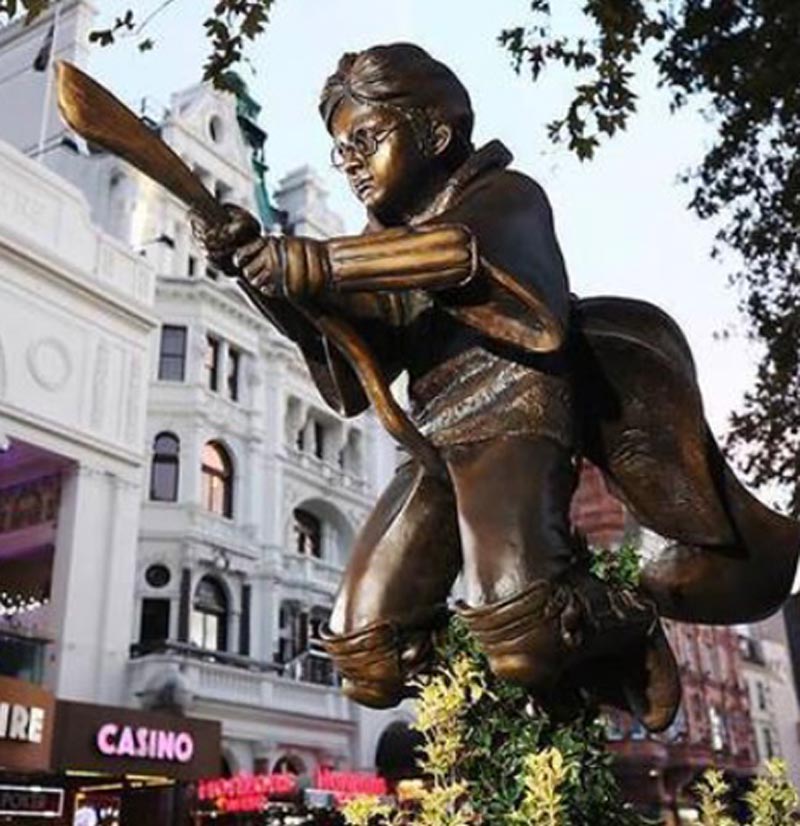 Hear the story of how diplomats from Down Under played their part in keeping the Harry Potter film legend alive and allowed a goblin invasion of their ambassadorial space!

Find out about the inspirational sites for Diagon Alley, where the locations were for the Leaky Cauldron, and on the way marvel at the Victorian architecture and history of the market where one of the Leaky Cauldrons was filmed.

London’s atmospheric South Bank also features in the films. Come with me to another famous and historical market so I can show you a famous Potter film location there – and you can soak up the unique atmosphere and sample some delicious street food while we’re at it!

King’s Cross, where Harry catches the Hogwarts Express, Whitehall, where a real-life government Ministry was transformed into into a creepy make-believe one, the west end of London, Leicester Square and eastwards to Tower Bridge – these views of London all feature in one or more of the Harry Potter films.

So if you want to avoid the Death Eaters or any of the other baddies, throw on your invisibility cloaks, grab your copy of the Marauders’ Map and let’s go!

Tour Images
Previous
Next
Back to all tours

Book this or another Tour

Use the form below to book your tour and I’ll get back in touch as soon as possible.